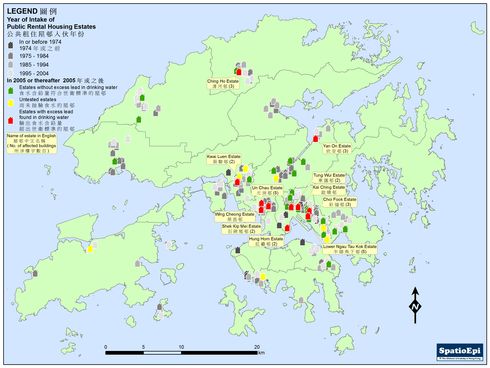 In Hong Kong, there are over 200 public rental housing (PRH) estates. The map shows the distribution of these estates and the year of intake of residents, the patterns of which reflect the development history of public housing in different areas of Hong Kong.

In response to the excess lead content found in drinking water in some recently established PRH estates in early July 2015, Housing Department has been cooperating with other governmental departments to conduct testing on water samples taken from PRH estates completed in 2005 or thereafter. As of 27 August 2015, water samples collected from a total of 11 PRH estates were found to contain lead beyond World Health Organization limit, defined as 10 micrograms per litre of drinking water. As depicted in the map, most of these affected estates were located in Sham Shui Po and Kowloon East.

Lead is a naturally occurring heavy metal, which is usually present in tiny quantity in the environment. However, lead and its compounds could be more commonly found in industrial products, such as paints, batteries, ceramics, solder and leaded petrol. Non-occupational exposure sources to lead, usually at a very low level, include urban dust, contaminated food and water.

Large amounts of lead accumulated in the body, due to long term exposure, may result in anaemia, high blood pressure, brain and kidney damage. Infants, young children under six, pregnant women and lactating women were more susceptible to the adverse effects caused by elevated blood lead level. Health advice shall be sought if whole blood lead level exceeds 10 microgram/decilitre for adults or 5 microgram/decilitre for persons under 18, pregnant or lactating women. 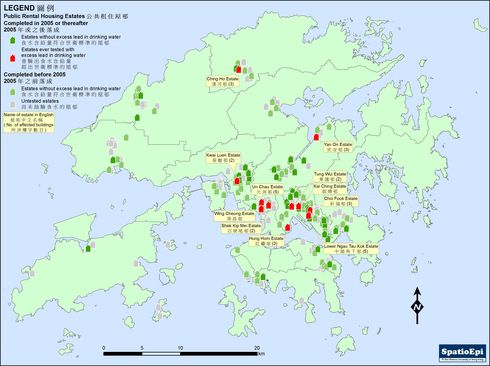 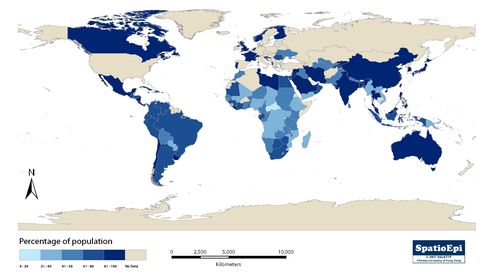